Peter Kelly is set to step down from his controversial run as chief administrative officer (CAO) of the City of Charlottetown, SaltWire Network has learned.

Sources have told SaltWire that Kelly will be retiring, but there has been no official announcement yet as the process is in the hands of legal counsel.

Kelly was hired as chief executive in 2016 by the old council with Clifford Lee as mayor.

None of the councilors SaltWire has contacted since learning of the impending departure has commented on the filing, although an elected official said the council was not asked to discuss the matter.

Another source said the release may not be effective immediately, there may be a transition period.

Calls to Mayor Philip Brown on April 28 were not returned. Additionally, City Hall staff had no comment. Requests were also made to speak to Kelly.

If Kelly leaves, he does so amid a whirlwind of burning questions at City Hall. 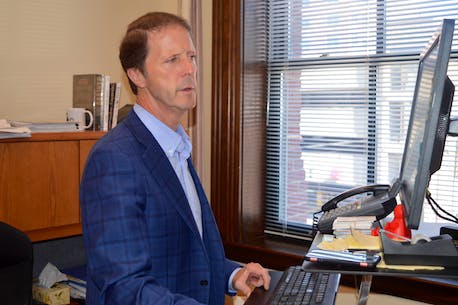 Earlier this month, he fired assistant general manager Tina Lococo, about six months after she was hired.

In an email to advisers, Kelly said he was unable to disclose the reasons for his termination.

Prior to Lococo’s tenure three years ago, Kelly fired assistant general manager Scott Messervey just a year after he was hired.

Messervey filed a lawsuit against the city that is still in the Supreme Court of Prince Edward Island, alleging he was fired for raising financial concerns.

“It is no surprise to me that you decide to terminate my employment, as I have brought many issues to your attention and your responses leave us at odds,” Messervey wrote in the documents that were filed with the court. court to support his legal action. .

“I have brought to your attention several capital projects that had change orders running into the millions of dollars, resulting in the approval tender being exceeded,” Messervey writes. “The change orders were implemented without board approval but with yours. I believe this is also a compliance issue under the (Municipal Government Act) and an example of overreaching.”

In his termination letter, which was also filed in court, Kelly tells Messervey that he is being terminated “following an unsuccessful trial period.”

While Kelly is hired by and answers to the city council, the CAO controls the hiring and firing of his deputies.

In 2018, Kelly was forced into workplace sensitivity training after an investigation found he breached the capital’s harassment policy. The offenses included allegations that Kelly imposed unreasonable discipline on the city’s superintendent of public works, that he imposed discipline without cause twice, and that he attempted to demote the superintendent.

As a result of the investigation, Kelly was to undergo job sensitivity training focused on his communications and interactions with city staff. Kelly also had a formal written warning permanently in her personnel file.

At the time, Lee said, “The public can be assured that Charlottetown City Council remains confident in the decisions of Chief Administrative Officer Peter Kelly.”

Kelly arrived in 2016 with negative allegations stemming from previous work in Halifax when he was mayor there from 2000 to 2012 and from Westlock County, Alta., where he was chief executive.

Kelly allegedly abused city funds in pursuing gigs for the Halifax Commons and a development project in Alberta.

The allegations were never proven in court, and in Alberta the RCMP chose not to investigate the matter.

Previous Tell-tale signs that your workers are ready to quit
Next Jersey Shore Board Acts on Personnel Issues and Pay Rates | News, Sports, Jobs