For the first time in Assam, an IPS agent has been appointed secretary of the interior ministry of the state government.

He is currently Deputy Inspector General of Police (Administration), Assam.

â€œIn the interest of public service, Shri Diganta Barah, IPS (RR-2004), Deputy Inspector General of Police (Admin), Assam, is being transferred and assigned to the post of government secretary. of Assam, Ministry of the Interior â€, indicates the order.

Diganta Barah is from Kalabari, near Gohpur, in Biswanath district.

He previously served as Co-Commissioner of Guwahati Police and Superintendent of Dhubri Police.

It is not that the government of Assam has appointed police officers in the civil administration.

Before Tiwari, ASTC was never run by a police officer. 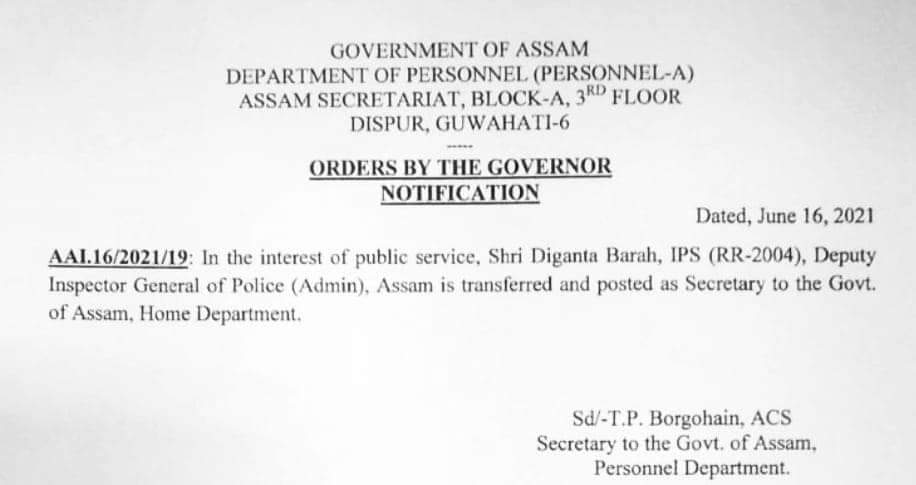 Previous The financial wellness coach: what is the best option …
Next How Dave Ramsey’s financial program sparked outrage at UNT | University of North Texas

For immediate release: August 09, 2022 Today, the U.S. Food and Drug Administration provides an …